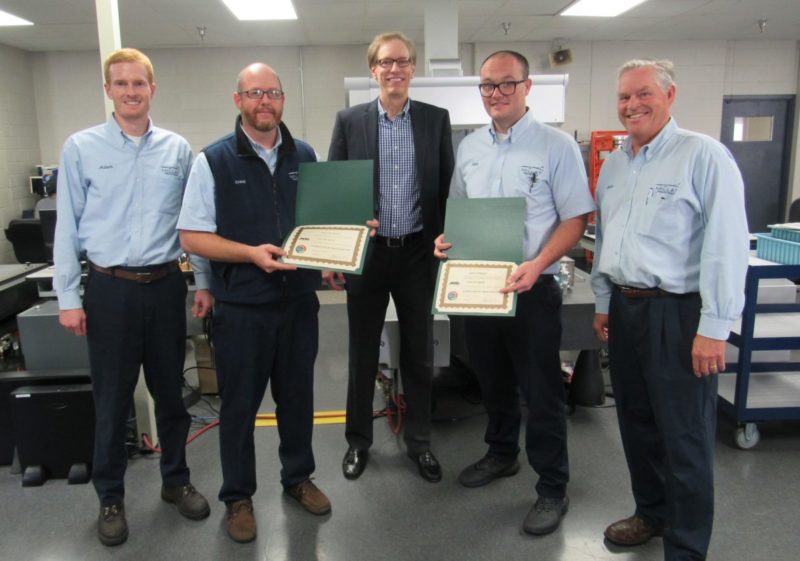 Congratulations to the Millat Industries’ Associates on earning the Lean Six Sigma (LSS) Green Belt Certification. This included class room instruction, an LSS exam, and successful completion of a Green Belt Project. The goal of their project was to reduce mismarked parts at the part marking operation in the Custom Machining Division.

Although part marking may seem inconsequential at face value, it is a safety critical aspect of the part that ensures the customer’s assembly technicians use the correct part. In addition, the font details are specified to an exacting measure. This issue is further compounded since part marking is often the last operation, which means scrap costs can add up quickly.

Their baseline data showed a first time yield of 95% for the part marking operation. After completing a root cause analysis and PFMEA, they implemented corrective actions including Setup Sheets, a First Article Inspection Process, and Associate Control Plans. In addition, some part marking operations were moved to the CNC machines and poka-yokes were implemented where feasible.

The initial results from the one-month pilot test demonstrated a first time yield of 100%! Future applications of these same process improvements may include Assembly, Parts Washing, and Packaging departments.